In the Bible engagement world there are some fascinating collaborations and the recent one between Bono and Eugene Peterson is certainly worthy of mention.

It started many years ago when Bono, the lead singer of U2, started quoting from The Message at some of his performances. Notably, during the Elevation tour before “Where the Streets Have No Name”, Bono would recite these lines from Psalm 116, What can I give back to God for the blessings he’s poured out on me? I’ll lift high the cup of salvation – A toast to God! I’ll pray in the name of God; I’ll complete what I promised God I’d do, And I’ll do it together with his people.

Peterson, Professor Emeritus at Regent College in Vancouver, and a Presbyterian church minister for 35 years, retired in 2006. In 2010, during U2’s 360 tour, Bono and Peterson finally got to meet one another. The friendship that transpired has become the focus of a new documentary – a conversation at the Peterson’s home in Montana – about how the Psalms capture their imaginations and fuels their camaraderie.

It will no doubt be a compelling film. Bono is a long-time fan of Peterson. In December of 2001 he told Rolling Stone Magazine that his favourite reading materials included “… a translation of Scriptures – the New Testament and the Books of Wisdom – that this guy Eugene Peterson has undertaken. It has been a great strength to me.” Then in 2002 he sent a message to Peterson in which he said, “Hi Mr. Peterson, Eugene. My name is Bono. I’m a singer with the group U2. I wanted to sort of video message you my thanks, and our thanks in the band, for this remarkable work you’ve done translating the Scriptures. Really, really a remarkable work … As a songwriter, it was very clear to me that you were a poet as well as a scholar. You brought the musicality to God’s Word that I’m sure was there, was always there in intention.”

Peterson, in turn, when asked about his reaction to Bono quoting from The Message in front of 20,000 fans said, “My reaction? Pleased, very pleased. Bono is singing to the very people I did this work for. I feel that we are allies in this. He is helping get me and The Message into the company of the very people Jesus spent much of his time with” (Source: Angela Pancella, U2 Connections)

Here’s the YouTube teaser of the documentary (cf. below). It premiers on April 26, 2016. While the teaser gives no clues about the documentary, it’s probably enough for us to simply see Bono and Peterson together. After all, Bono has underscored the passion of the Psalms in his music and Peterson has taught us about praying with the Psalms.

This is a Bible Engagement Blog milestone – it’s the 100th post. The Blog was birthed out of a sense of calling to advocate for Bible engagement. I don’t think it’s a cause I would naturally have chosen. It sort of chose me. Yes, I have a deep love and appreciation for the Word and the One of whom it speaks, Jesus Christ; but what prompted me to start writing was a growing concern about the decline in Bible engagement in the Western world.

When I started writing the Bible Engagement Blog in October 2011 I didn’t know what Bible engagement themes I’d be writing on or how the journey would unfold. In fact there have been several times when I thought I’d come to the end of the line – with no creative thoughts about what to write next. But I’ve learnt that those whom God calls, He equips. Time and time again, He’s brought a topic into focus and directed my critique or reflection.

That’s not to say that it’s always been easy to write a post. Sometimes it’s felt like I’m straining gnats and swallowing camels (cf. Matthew 23:24)! But through thick and thin, I still seem to be writing. And I’ll keep doing so until it’s time to stop. 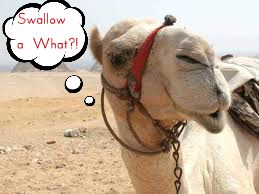 The content of the posts have ranged across the gamut of Bible engagement related subject matter. Some posts have been more scholarly, some of general interest, and others more technical and research oriented. There have been posts reporting on the work of Bible agencies, the Canadian Bible Forum, and the Forum of Bible Agencies. Articles on the latest statistics from Barna, LifeWay Research, Reveal, Canadian Bible Engagement Study, and a number of researchers have been featured. Biblical passages have been unpacked, definitions considered, Bible reading methods and ways to improve our connections with the Word have been suggested, and a theology of Bible engagement interwoven through the articles. The interplay between the Bible and culture, the church and the individual, has also been discussed.

Whenever I write I try to envision who I’m writing to. While I know there are many colleagues, pastors and Christian leaders who read the posts, I’m very much aware of the thousands of Christians around the world who appreciate the articles. All told, I know that I don’t write in a vacuum, and try to say things that resonate with the spirit of sola-scriptura and reflect the views and opinions of other Christians who hold a high view of Scripture.

While I’m a serious minded person, I have to say the writing’s been fun! There’s something about writing that’s very pleasurable and satisfying. And it’s enjoyable knowing that when we exercise our gifts and talents, God uses them to advance His kingdom and bring honour and glory to His name.

And here’s hoping that God’s people will be encouraged to live their lives inspired, informed and in-line with God’s Word.

For the fame of His name!

Concerning the Bible, Theodore Roosevelt observed, “No other book of any kind ever written in English has ever so affected the whole life of a people.”

Whichever way you choose to slice or dice it, the Bible is the foundational book of Western culture. Admittedly, it’s influence has maybe declined during the postmodern era, but in the cultural past one bumps up against its impact time and time again. So with posterity in mind, this post is dedicated to highlighting the Bible and culture, i.e. how the Bible’s stories, language, concepts and teachings have permeated every facet of our lives. Here are some examples:

Literature has been profoundly impacted; so much so that some literary scholars suggest that English literature would barely exist without the Bible. While some may argue to the contrary, T.R. Henn says that the Bible “becomes one with the Western tradition, because it is its single greatest source.” This is certainly true for classical writers like Dante, Milton, Melville, Bunyan, Shakespeare, Dostoyevsky, Faulkner, Lewis, Hugo, and Eliot. It’s also true for contemporary authors like J.K. Rowling, Stephen King, Archibald MacLeish, Philip Pullman, Michel Tournier, Madeleine L’Engle, Barbara Kingsolver, Yann Martel, Dan Brown, James Frey, and countless others.

The Bible fires and fills the imagination of artists and the world of art is adorned with paintings and sculptures inspired by biblical themes. To name a few of the greats: Da Vinci painted the Last Supper, Picasso painted the Crucifixion, Michelangelo painted The Creation of Adam, Bosch painted The Last Judgment, and Rembrandt painted 60 masterpieces on biblical themes. Michelangelo sculpted David, Epstein sculpted Jacob, and more recently in 2008, the controversial $10 million Golden Calf sculpture, by Damien Hirst.

Politicians, like the Presidents of the United States, are sworn in at their inauguration with their hand placed on a Bible. Political speeches are sometimes laced with references to the Bible. Winston Churchill quoted John 14:2 on five public occasions during his career. When Martin Luther King delivered his famous “I Have a Dream” speech he quoted Amos 5:24, “We will not be satisfied until justice rolls down like waters and righteousness like a mighty stream.” And most recently, the Republican, Donald Trump, tripped over himself, sparking laughter at Liberty University, when he attempted to quote from “Two Corinthians”.

Jurisprudence is undergirded by the Ten Commandments and the codes of law are ultimately derived from the Bible. The moral cohesion of society is rooted in the Bible and the equality of all people before the law is another legacy from the Bible.

Films thrive on using content about or from the Bible. To mention a few: The Lion King is loosely inspired by the story of Joseph. Avatar, according to Pui Lan, “Is a cinematic fable, in real 3-D, of how to remythologize biblical stories and interpret them in subversive ways”. According to Christianity Today, Harry Potter and the Deathly Hallows is actually telling the story of Matthew 6:19-24. Grapes of Wrath is about an exodus of farmers from Oklahoma during the Great Depression and their hope to settle in the Promised Land of California. Kenneth Branagh, the director of Thor says, “Biblical stories: deadly sibling rivalry, parents at war with children, the isolation of the royal circle” were influences in the telling of this Norse warrior story. And Daniel Mumby in, 50 Films That You Wouldn’t Think Are Christian, But Actually Are, makes the point that, “Christianity runs deeper through cinema than the obvious allegories of Narnia, The Matrix and The Green Mile.”

Music of all genres contains biblical themes. There are many well known, hymns, choruses, psalms and chants, as well as the gamut of Gospel and contemporary Christian music,. There’s the classics like Handel’s Messiah, Bach’s Cantatas, Haydn’s Creation oratorio, Massiaen’s Les Visions de l’Amen, and more recently there’s Hallelujah by Leonard Cohen, Babel by Mumford & Sons, Viva La Vida by Coldplay, and of course there’s U2’s music which some would classify as a marriage of Bible verses and rock music. There are many facets to how the Bible has influenced music. Sarah Shewbert points out in the article, The Bible’s Influence in American Music, that “Lowell Mason, Pete Seeger, and Lady Gaga created music in vastly different eras and styles, but they hold one thing in common. Listeners cannot fully understand their music without knowing the Bible.”

Finally there’s fashion. Stylist Magazine mentions how Monique Lhuillier used the garden of Eden as the inspiration for one of her collections. And designer, Alicia Akrie, created a collection for a fashion contest named, Dinner With The Devil. She says the Bible was her inspiration: “I was looking at Psalm 23, where it talks about preparing a table in the presence of enemies and thought how incredible it would be to know you are going to be seated at dinner with enemies and come out triumphantly.”

Much more could be said. Have your say. Share a comment, insight or a story about the Bible and culture.