According to the International Orality Network, 80% of people in the world don’t understand God’s Word when it’s delivered to them by literate means because they’re oral preference learners. Even in literate cultures, many people won’t read God’s Word, or prefer oral ways of connecting with God’s Word.

Strangely, even though most local churches are comprised of people who favour listening to the Word, the chosen approach is to ask people to read the Word. In a world that depends largely on verbal communications, shouldn’t the primary approach to Bible engagement be oral?

Before people connected with the Bible as a book that was read, the Bible was shared from mouth to ear (2 Peter 1:21). For centuries most people heard it. Maybe that’s why 80% of the Bible is narrative. God gave us a Story composed of many stories because stories are well suited for people who favour speaking and listening.

Interestingly, on the occasions when the Bible mentions the Scriptures being read, the greater context is usually about people listening attentively (e.g. Nehemiah 8:3, 2 Kings 23:2). In fact, when reading and listening are compared, there are far more texts that speak about listening than about reading (e.g. Psalm 85:8, Matthew 7:24, Luke 11:28, John 8:47, Romans 10:17, Hebrews 2:1).

I’m a prolific reader and love writing. That makes me different from most people. When it comes to Bible engagement, I don’t assume that others will enjoy reading the Bible as I do. Unfortunately, the readers and writers of the world, in large part, haven’t seen it this way. Since Gutenberg’s Press started printing Bibles, reading has been the go-to means for Bible engagement.

To see literacy as somehow superior to orality is problematic. Speaking and listening are ingrained in us. Even in the most literate cultures, orality is an enormous and inescapable part of human life. We should, therefore, see orality for what it is, and make the best use of it for Jesus and His kingdom. 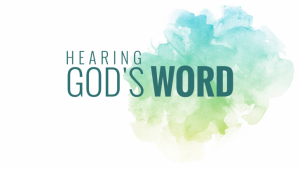 Promoting an emphasis on listening to the Word is not suggesting that reading the Word should be dismissed. But it is an acknowledgment that reading, in and of itself, isn’t the holy grail of Bible engagement.

The reality is there are many people who have difficulty with reading or dislike reading. Equipping them to listen to the Word is an expression of love and common sense. We should meet people where they are, not expect them to meet us where we are. So if you tend to equate Bible engagement with Bible reading, it’s time to change your outlook. Bible engagement is multi-faceted. In a world where most people are oral preference learners, we should focus on helping people effectively listen to the Word in ways that edify, inform and inspire them to live for Jesus. 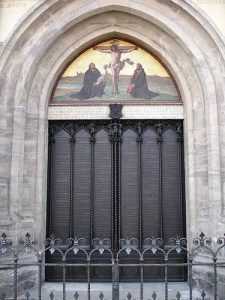