Faith unlocks the door to Bible engagement. To connect with the Bible we need a dynamic, personal relationship with God through the transforming and indwelling power of Jesus. Nothing else will suffice. Bible engagement only happens when there’s an active trust in Jesus and the belief that what He says is true.

The necessity of faith can’t be minimized. To approach God’s Word we must be persuaded that “faith is the assurance of things hoped for, the conviction of things not seen” Hebrews 11:1.

In the absence of faith, all attempts to understand the Bible properly will fail. The Bible is only alive to those who are alive to Jesus. Without faith, confusion reigns. Without faith, any critical explanation or interpretation of the Bible (exegesis) is faulty. And without faith, Bible engagement is reduced to nothing more than historical, textual, source, form, or literary criticism.

As my colleague, Annabel Robinson aptly said, “Faith is not a matter of being able to check all the right boxes. It’s a matter of relationship, of continuous love and obedience and discipleship, which might take different forms for different people.”

With the above in mind, here are twelve characteristics of faith-based Bible engagement:

Because faith is about what we hope for and things we don’t see (cf. Hebrews 11:1), it’s tied to our longings and desires. This means faith-based Bible engagement flows from the heart (cf. Proverbs 4:23), not the head. To connect with the Bible and have the Bible connect with us, we must focus on who we love – the living truth, Jesus Christ.

Focusing Bible engagement on who we love interweaves exegesis with worship. Faith-based Bible engagement is keenly aware that we’re accountable to the Word. We cannot stand apart from the Word. It demands a response. What happens in our hearts and heads must move to our hands. We enter the world of the text, not to become brainiacs, but to be involved in the world we live in. For it’s only when we engage with the Bible obediently and practically (cf. James 2:26), and therein attribute worthiness and honour to Jesus, that faith is proved true. 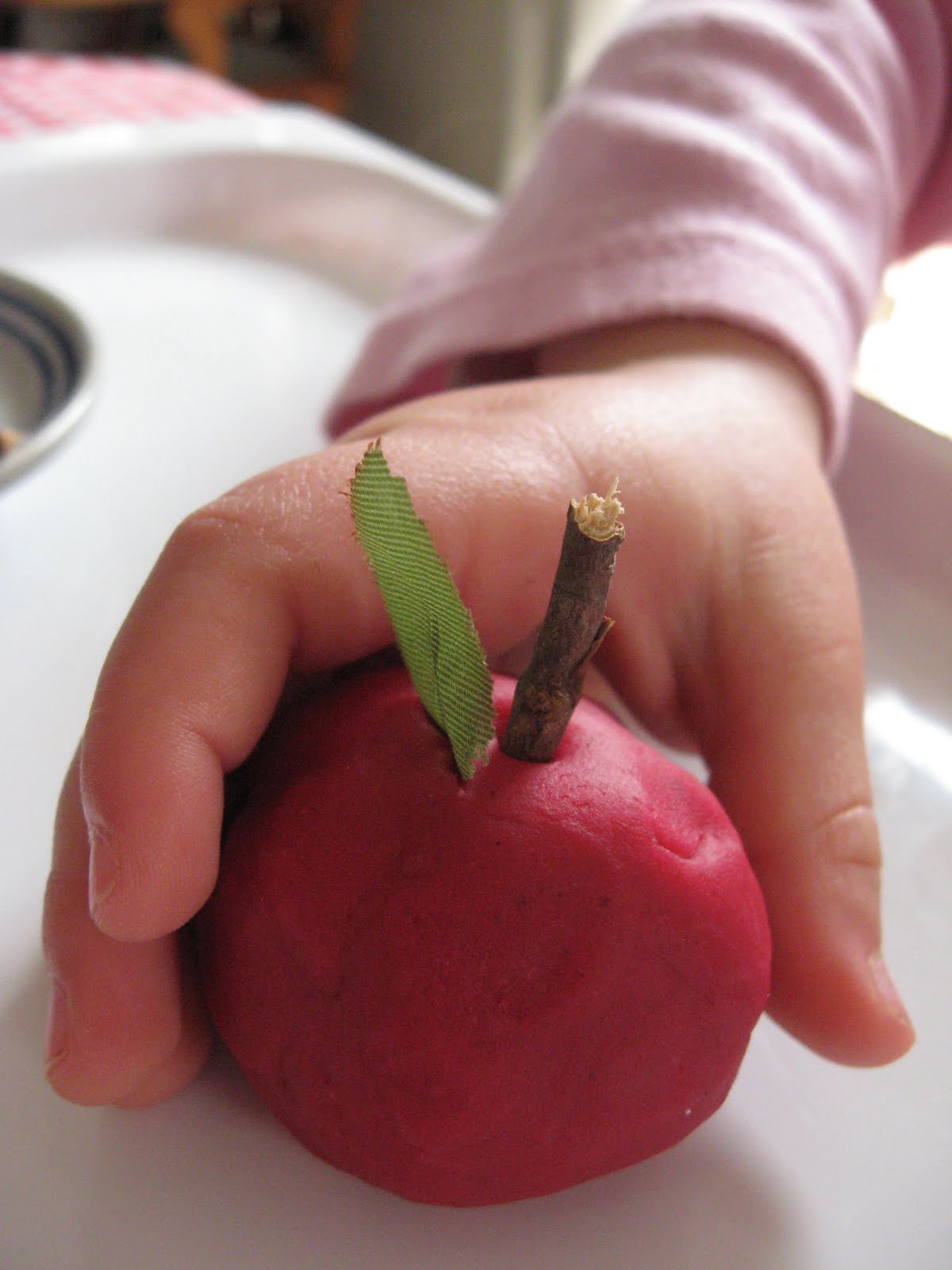 In an online survey inviting feedback on why people think the Bible is not relevant, some of the remarks were:  “The Bible is one gigantic anachronism”, “It’s a book – nothing more!”, “It cannot be accepted as a reliable document”, “It reflects a worldview out of date with scientific advances”, and “There is more than one holy book, more than one religion.” [Source: June/July 2009 online survey conducted by SGM Canada with 66 Canadian humanists, atheists and agnostics]

Coupled with the distrust that many Canadians have for the Bible is the popular notion that there are no absolutes and no objective or exclusive truth. There is also the view that reality is unknowable, language does not convey reality, and everything is therefore open to the interpretation and perspective of the individual. As a direct and indirect result of these ideas many Canadians have typically adopted pluralism and multiculturalism. The outcome of adopting pluralism and multiculturalism has been the elevation of tolerance as a prime social norm.

How is the church responding to people who are alienated or in conflict with the Bible? Some elements of the church (Conservative Catholics, Conservative Evangelicals and Fundamentalists) adopt a defensive attitude (isolate/insulate themselves) or go on the offensive by working hard to make the Bible available and accessible (mostly using approaches developed more than 50 years ago). Making the Bible available has not helped stem the decline in Bible engagement. Other elements of the church (Liberal Protestants and Liberal Catholics) are generally not concerned. They have little interest in functioning as conduits for Bible engagement and do next to nothing to promote the Bible or invite interaction with it. In practice they accommodate popular culture by favouring a broad humanism and acquiescing to the deconstruction of the Bible.

So is there any hope for Bible engagement? Yes! There are elements of the church (mainly Evangelicals) attempting to creatively re-imagine and critically re-form their faith and practice around what Marcus Borg describes as a “transformation-centered paradigm”.  Within this paradigm Christians are re-conceiving, articulating and embodying the Story in contextually meaningful ways. This includes efforts to restore the message of the Bible (e.g. SU Canada’s  theStory™), invitations to read the Bible as a narrative of faith (e.g. SU Canada’s free e-book – Taste and See: An Invitation to Read the Bible), re-imagining language and relationships (e.g. SGM Canada encourages the development of relationships and companionship as the primary catalyst for Bible engagement), and inviting people to participate and enter into conversations/dialogue with the narrative of the Story in communal and inclusive forums. Added to this is the understanding that our invitations to engage with the Bible will be fruitless if we attempt anything without grace, vulnerability and humility.

*Metanarratives are defined as narratives about narratives that give a totalizing, comprehensive account to various historical events, experiences, and social, cultural phenomena based upon the appeal to universal truth and values.

In “Lost and Found: The Younger Unchurched and the Churches that Reach Them” Ed Stetzer (Lifeway Research) surveyed 1,000 unchurched young adults about the issues of church and spirituality. The study revealed that young adults are more open to issues of Bible engagement than older generations.

The Lifeway research findings for younger unchurched Canadians are as follows:

While many un-churched young adults are prepared to study the Bible, they’re not too keen on the church:

– 41% believe the church is full of hypocrites

[Note: The main reason why younger un-churched Canadians won’t visit churches that don’t welcome homosexuals is because they consider it to be a justice issue. In contrast most churches view homosexuality as a moral/biblical issue]

In another recent study, Thom Rainer interviewed thousands of unchurched non-Christians and asked them what they really thought about Christians. One of Rainer’s seven key discoveries was that unchurched non-Christians would like to learn about the Bible from a Christian, but not in a church setting. Rainer cites someone who said, “The Bible really fascinates me, but I don’t want to go to a stuffy and legalistic church to learn about it. It would be nice if a Christian invited me to study the Bible in his home or at a place like Starbucks.” [Source: What Non-Christians Really Think About Christians]

The bottom line: Younger unchurched Canadians give thumbs up for Bible engagement and thumbs down for church engagement. That’s the good news bad news!

According to Rick Hiemstra, Director of Research for the Evangelical Fellowship of Canada, young Canadian adults who have left the church by 25 years of age are unlikely to return.  Hiemstra’s comment is informed by the recent findings in Hemorrhaging Faith: Why and When Canadian Young Adults are Leaving, Staying and Returning to Church, a ground-breaking Canadian study of 2,049 young people between the ages of 18 and 34.

Other troubling revelations in the study include:

Why are most churched Canadian young adults leaving church? One of the significant findings of the study is the direct correlation between hemorrhaging faith and the spiritual disciplines of Christian parents. When mom and dad are seen by their children to read their Bibles, pray and go to church regularly, then the children will more than likely continue in the faith as adults. But when parents inconsistently or almost never read their Bibles, pray, or attend church, their children usually stop attending church just as soon as they can.

Parents, you are the most important spiritual influence in your children’s lives. Do your children see you regularly reading your Bible, praying and going to church? More is caught than taught. When you aren’t practicing basic spiritual disciplines your children ultimately view your Christian faith as inauthentic or hypocritical.

The study is a wake-up call. The disengagement and attrition of young adults from church and faith must be stopped. Something more than another book, purpose driven programs or parenting workshops is required. Sending our children to Christian schools or improving the youth ministry in local churches won’t make a huge difference. What’s needed is parents being spiritually responsible. We must do what we’re not doing. Regular Bible engagement and prayer coupled with faithful weekly church attendance should be normative for every Christian mom and dad.

The single most beneficial thing pastors can do for their congregations is help them read and reflect on the Scriptures. Bible engagement is critical for spiritual health and growth. The primary catalyst for developing mature Christians is Bible reading coupled with reflection. In fact Scripture reflection has twice the power of any other spiritual discipline to advance people in their love for God and others. 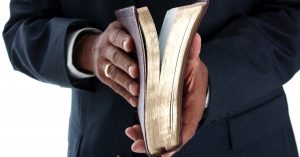 Bible reading, together with reflection on the Scriptures, results in strong Christians and healthy churches. According to the Reveal survey there are 25 significant catalysts that help people grow in Christian faith. Of these catalysts, reading and reflecting on Scripture outstrips the other catalysts by a 75 percentile. Pastor, if you could choose only one thing to help your congregation grow spiritually, reflection on Scripture should be your number one choice.