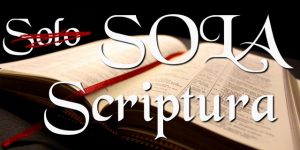 On October 31, 1517, Martin Luther, a German professor of moral theology at the University of Wittenberg, started a schism in the Catholic Church when he sent a Theses (also nailed to the door of All Saints Church in Wittenberg) enclosed with a letter to Albert of Brandenburg, the Archbishop of Mainz. The Theses propositions disputed the power of indulgences and effectively started the Reformation and the branch of Christianity known as Protestan 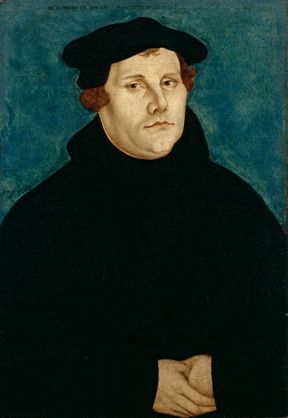 Luther’s dispute with the Catholic Church included a belief in the Bible alone (rather than with sacred tradition) as the highest authority in matters of faith and practice (sola scriptura). So for most Protestants, and a Bible engagement advocate like myself, the 500th Anniversary of the Reformation is hugely significant.

While much could be said about the doctrines of sola scriptura, prima scriptura (Anglican, Methodist, Wesleyan), or the Dogmatic Constitution on Divine Revelation (Catholic), the purpose of this article is rather about how we desperately need a Bible engagement renewal.

Despite all that’s been accomplished down through the centuries to stress the primacy of God’s Word in the faith and practice of the Church, there’s a significant lack of emphasis on Bible engagement in many churches. Something’s lost that needs to be found. And to find what’s been lost we must begin with lamenting the weak state of Bible reading, reflecting, receiving, remembering and responding.

Someone once said that we “need to let the Bible accuse us.” The trouble is we’re not connecting with it in a way that opens the door for the Bible to show us where we’ve gone astray, and we don’t give it room to help us return to the place where it gets to have its way with us (because Bible engagement is essentially Jesus engagement, this statement should also be understood as Jesus getting to have His way with us through His Word ).

Through the course of history God breaks into the affairs of humanity to renew and restore us to Himself. Five-hundred years on from the last great renewal in Bible engagement we need the Lord to bring us alive to His Word again. There are no shortcuts to a Bible engagement renewal (unless God chooses otherwise). The process of renewal usually requires the following:

Now pray for a Bible engagement renewal; trusting God to usher in a much needed season of long term growth that will be marked by the strengthening of individuals and communities of faith as they connect with Jesus and His Story.

I wonder what 16th Century Protestants would think of today’s church if they could drop in for a visit. Sola Scriptura was the rallying cry during the Reformation and many fought and died for the Bible to be pre-eminent over church traditions or practices that were un-biblical or extra-biblical. In varying degrees it seems like something of the Sola Scriptura focus has been lost in the 21st Century Church. While the Church generally uses the Bible to provide an underpinning for teaching and life instruction, the Scriptures aren’t always the primary authority in directing all we say and do.

So why should the Scriptures be interwoven into everything we say and do in the local church? The REVEAL study, conducted by Willow Creek Community Church (USA), suggests one exceptionally good reason – to nurture spiritual maturity.

In the REVEAL study book, MOVE: What 1,000 Churches Reveal About Spiritual Growth, Hawkins and Parkinson say that embedding the Bible in everything is one of the top four practices of disciple-making churches. In fact the top five percent of churches in the REVEAL study who successfully nurtured spiritual maturity were churches who “breathed Scripture”. When churches breathe Scripture they’re asking, “What does the Bible have to say about that?” The answers to this question inform and direct every activity of the church.

Breathing Scripture . . . how many churches apply the Bible to everything they say and do? Looking at some of the things done, or not done in our churches, I wonder . . .

Is your church breathing Scripture? If not, maybe it’s time to take up the ancient rally cry of Sola Scriptura. David’s oft repeated proclamation was, “I have chosen your precepts” Psalm 119:173 (NIV). Pray that the church in our day will come to be known for its total allegiance to the Scriptures.